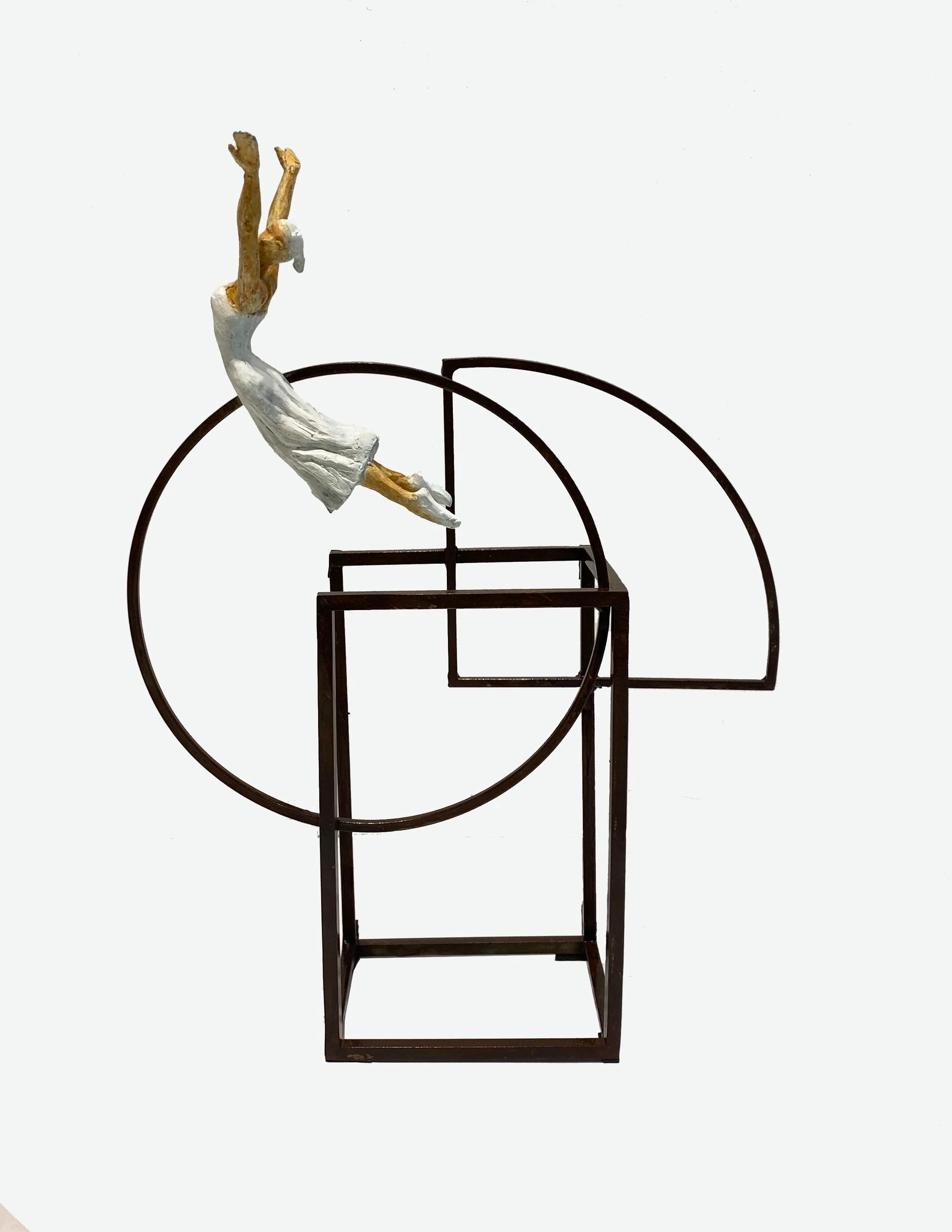 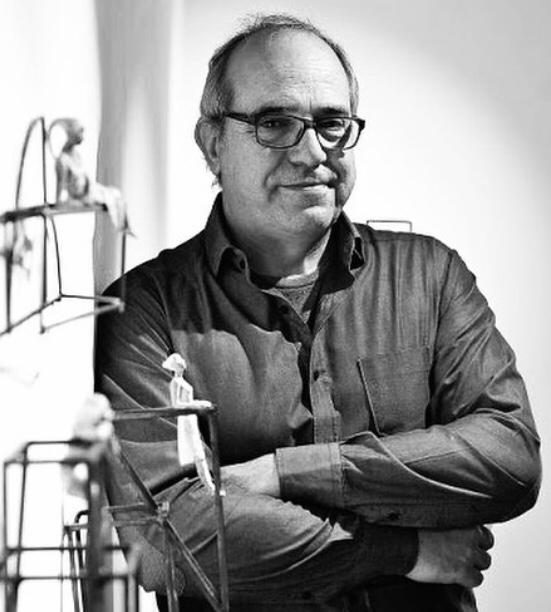 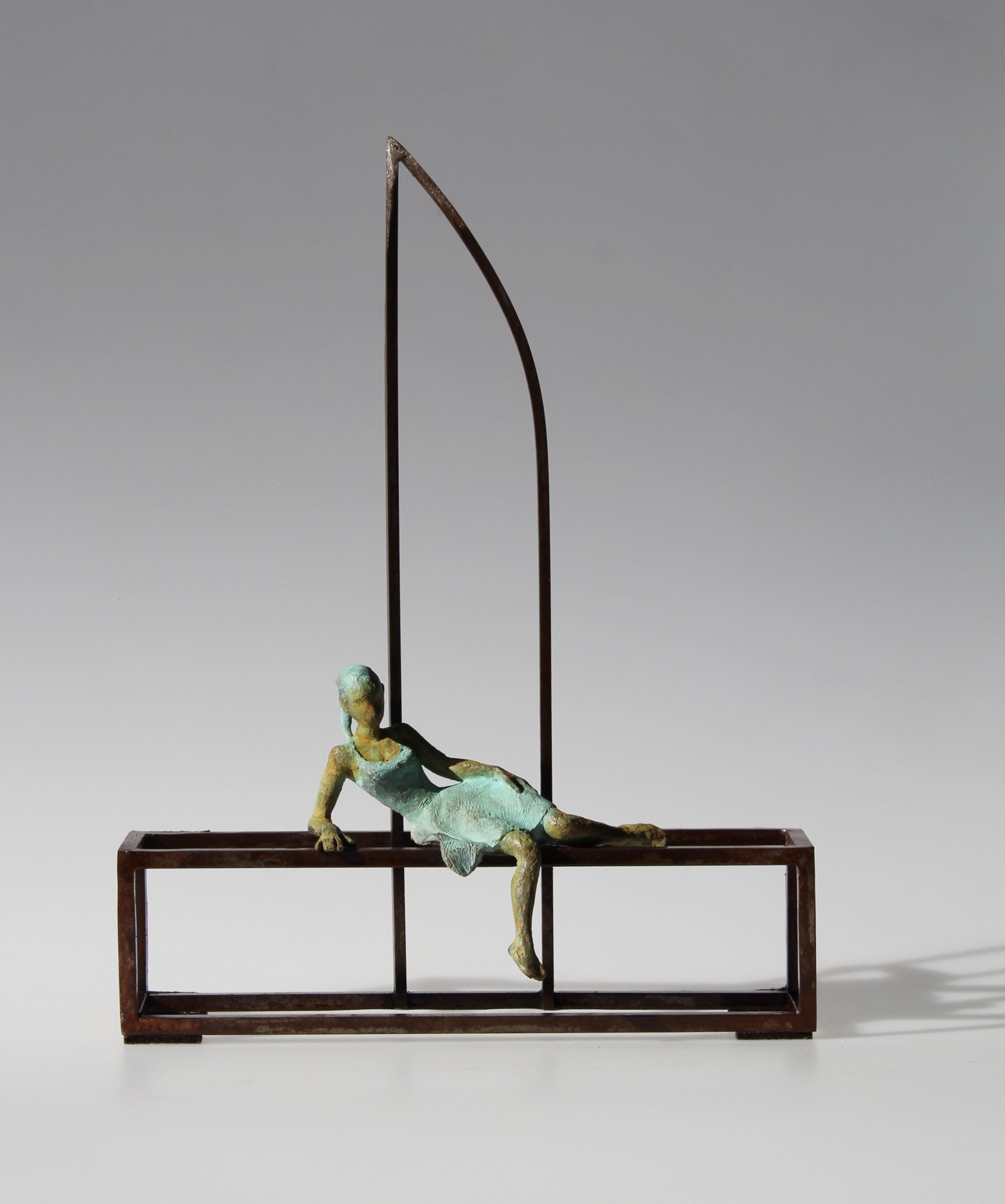 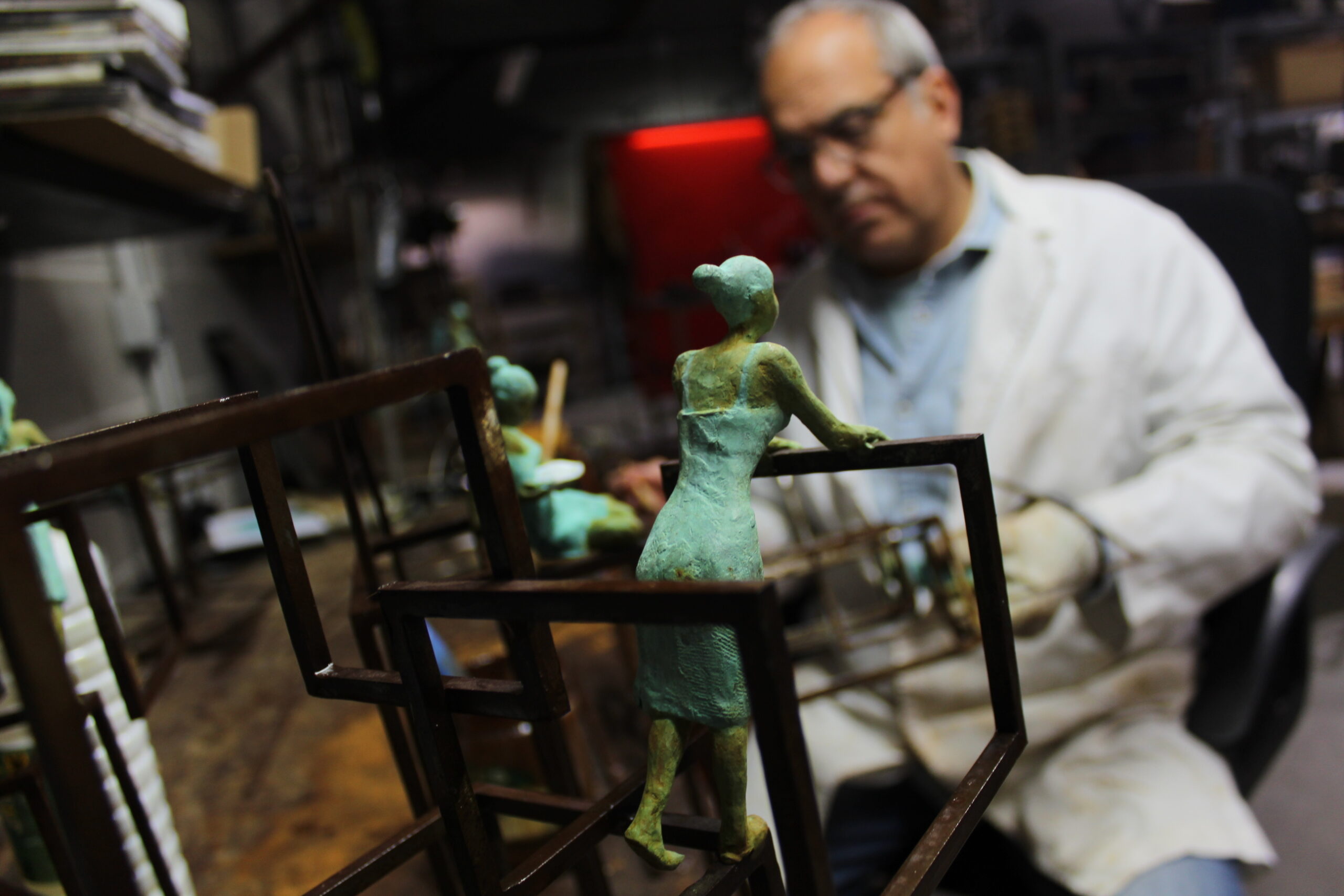 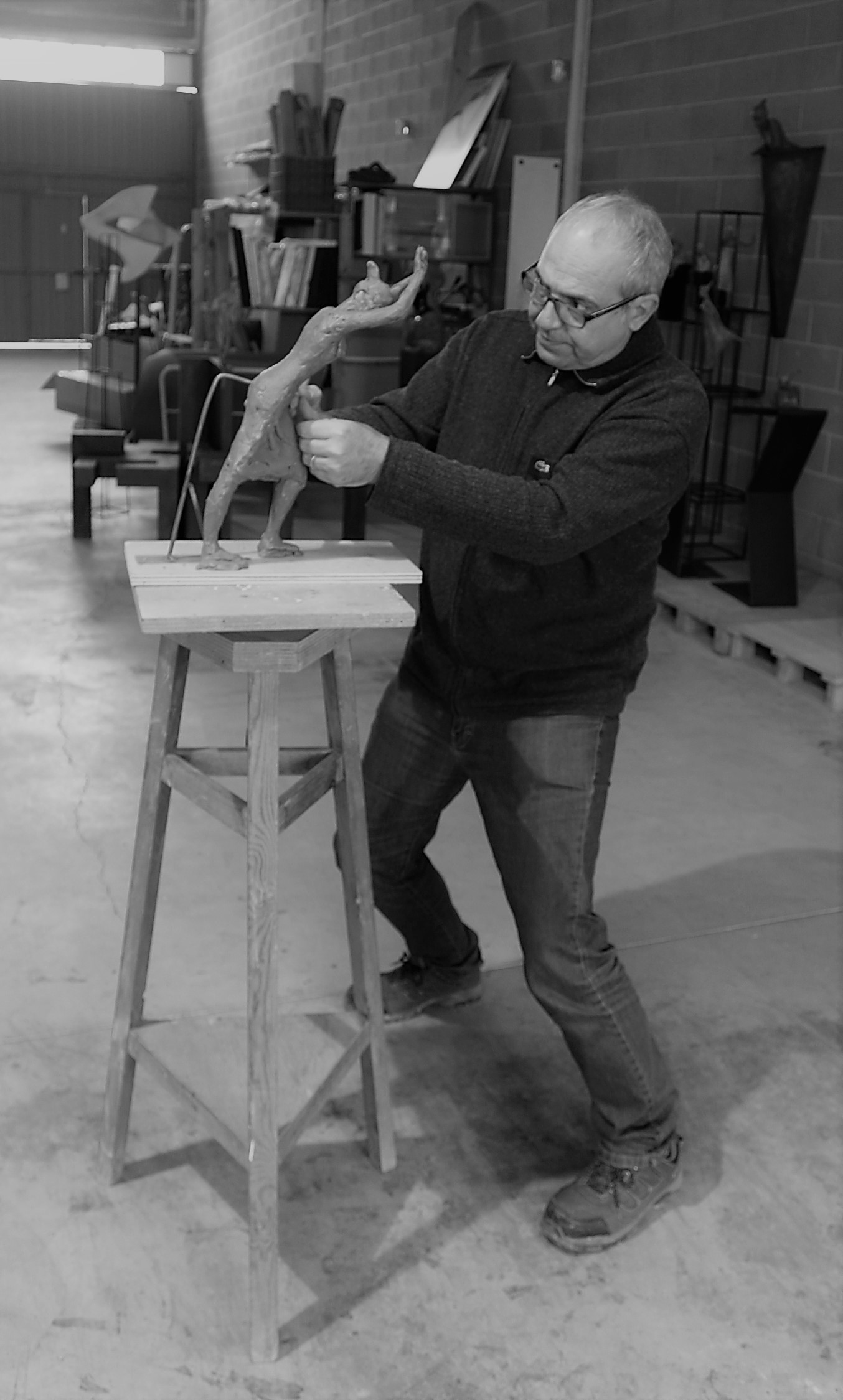 The spanish artist Joan Artigas Planas was born 1960 in Vilassar de Dalt in Spain.
Inspired by an amateur painter father, he continued his passion for fine art and graduated from the Faculty of Fine Arts at the Academy of Arts of Barcelona in 1985. While pursuing his artist career in the creation of sculptures, Joan is also lecturer at the School of Arts in Badalona (Barcelona) teaching „Sculpting“ since 1988.

The sculptor „Artigasplanas“ is, since a decade ago, one of the catalan artists that has exposed more in galleries and art fairs of all over Europe. Nowadays, he works regularly in art galleries of France, German, Denmark, Netherland and Sweden.

The main character of his works, is, without doubt, the woman, a timeless, lonely and mythological woman, which rests in a precarious way on the top of unapproachable constructions. A woman that does huge efforts for surpassing the day to day walls.

The woman made of bronze is warm and sensual and dances in a structure of rusted iron. The base rises impressively, creating a contradiction between both pieces. However, in Artigasplanas’ work , the geometrical base and the figure find a surprisingly harmony. In his sculptures the small goddess gets along with their everyday life. He is also able of showing the efforts, joys and dreams of the quotidian life in their expressions.

Joan’s latest sculpture series of female figures brings an out-of-the-box approach to sculpture creation: small vivid women figures linked or bonded to their pedestals: the figures are delicate and intriguing representation of a woman’s mind and soul: the yearning for liberty, freedom, a moment of tranquility from busy daily life, a space that she could spend the time totally with herself and for escaping from the routine and monotony.

Despite that firstly it may seem that the work of Artigasplanas is easy to understand, it is actually complex and, specially, personal. Teaching and art are the biggest passions of this artist.

„A lonely figure observes the world from its/ours solitude, from a vertiginous watchtower (life, universe) rusted because the inexorable time. More than any other contemporary sculptor, Artigasplanas knows how to reflect the distress and, at the same time, the hope of the human being at the XXI century.“ 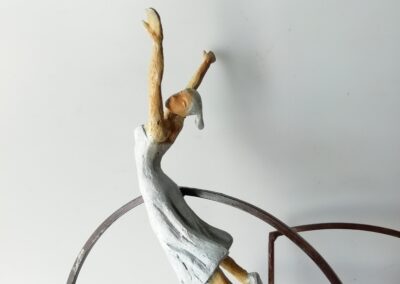 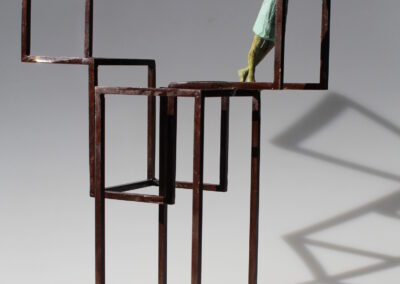 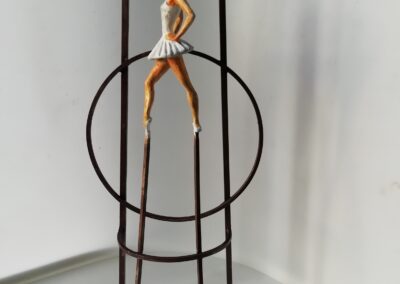 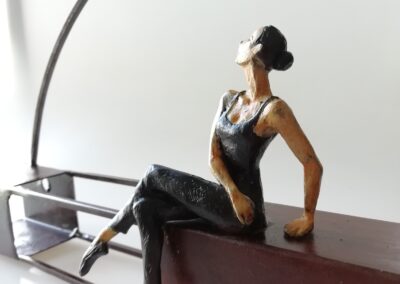 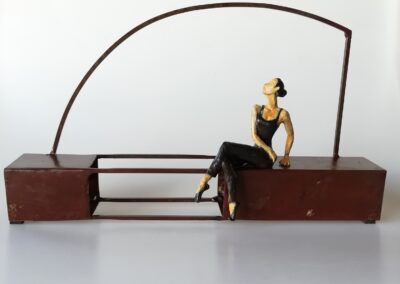 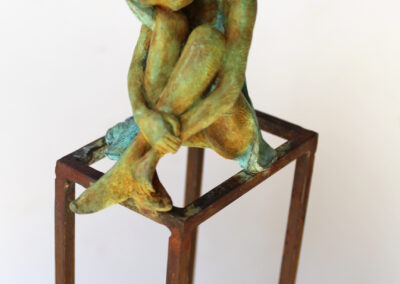 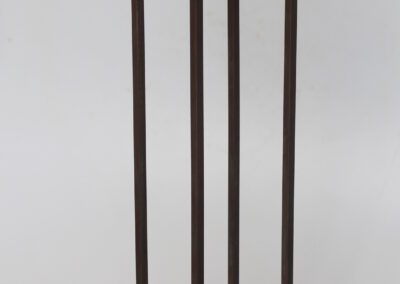 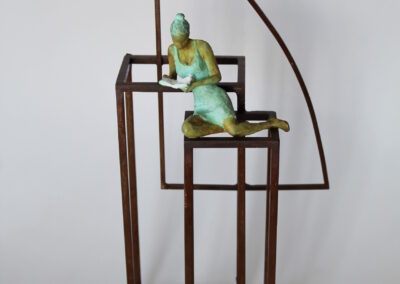 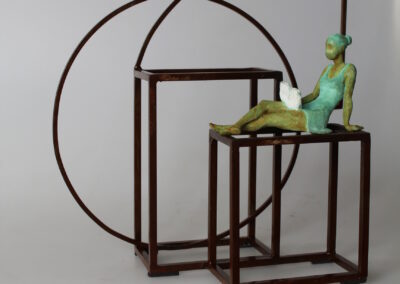 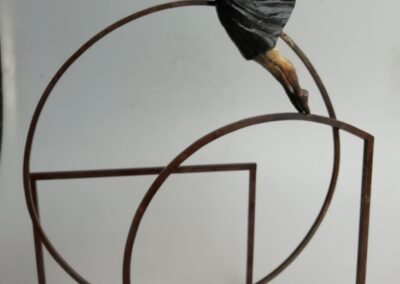 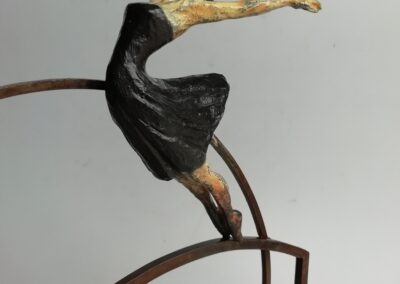