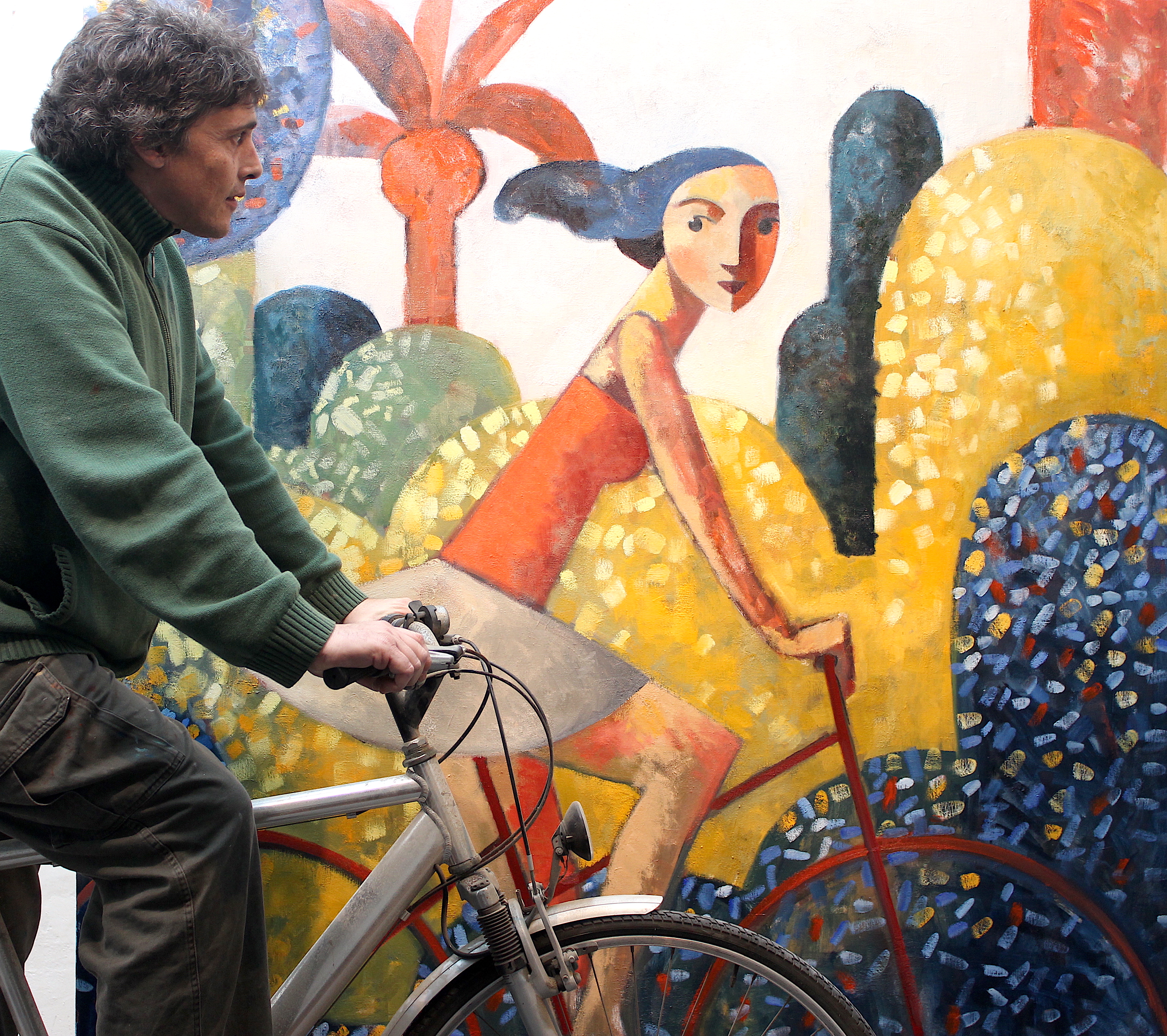 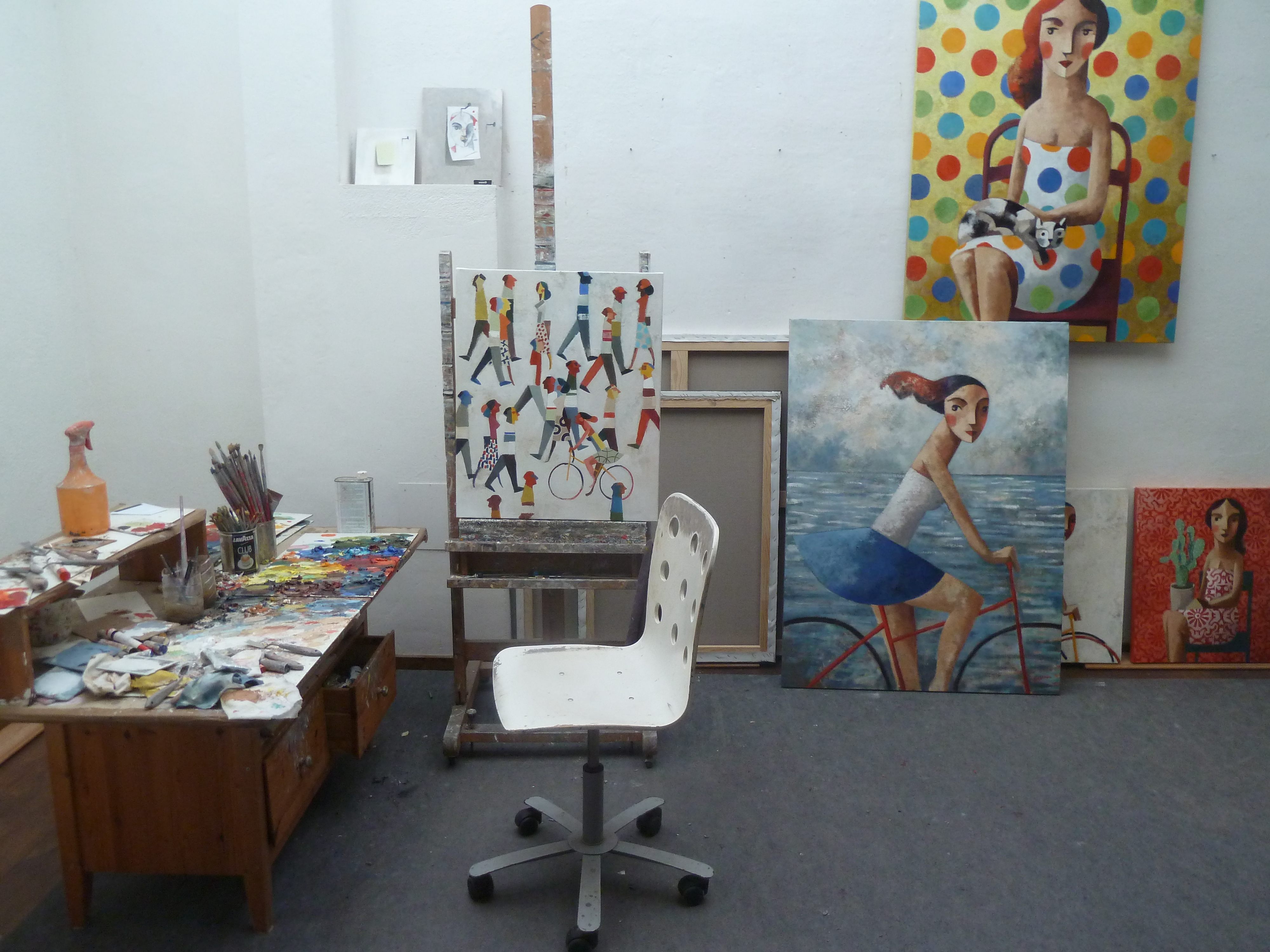 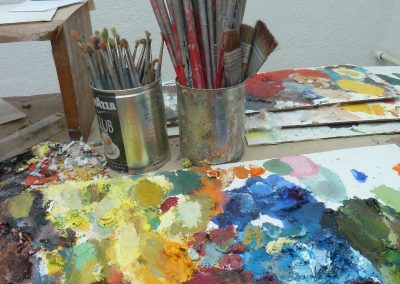 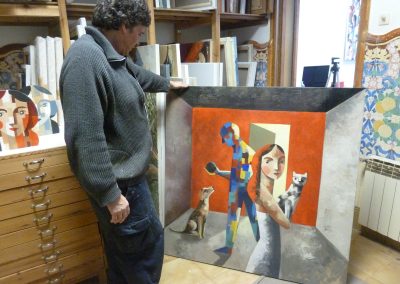 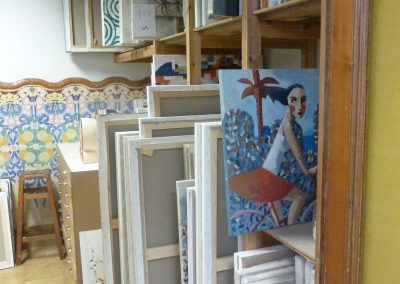 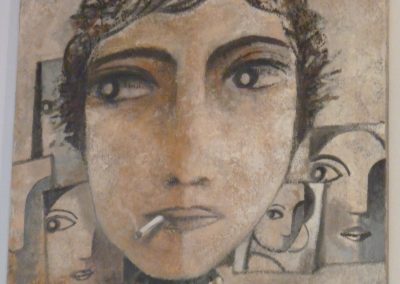 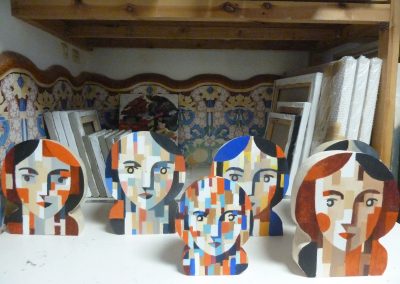 In the last few years Didier Lourenços artworks have undergone a process of synthesis and reduction of narrative. This has made room for the emergence of a range of topics focused on the human being and its existence. Simultaneously his production has been arranged in series which allow the exploration of specific concepts through variations and new developments. For example, in the series Walkers and Bicycles, which the exhibition at GALERIE KUNSTSTÜCKE shows, the depiction of people going to and from, address issues such as anonymity, communication or loneliness along with movement. But the atmosphere of the show in GALERIE KUNSTSTÜCKE is also set by two new series, Neighbours and Invisibles, which broaden the area of attention with insights into the idea of private and public life as well as the part that gaze plays in relating to others.
Neighbours expands the customary repertoire of intimate artworks to present a domain that goes beyond the inhabited room. The artist introduces absurd situations as fishing in a fish bowl, hovering above the bed or having a peacock in the house, as well as outdoor activities. For example enjoying being on a swing or playing tennis, next to ordinary home related situations. By depicting them side by side he is appealing for imagination, reverie and poetry to be part of everyday life. Furthermore, he establishes a link between indoors and outdoors that echoes in the double meaning of some furniture fittings as the shower-rain and the lamp-sun or lamp-moon. By doing so the pictures turn into metaphors of the personal sphere built on each one’s choices, likes and interests, which is the shelter where we recharge our batteries. Another feature that underlines the private character of these scenes is achieved through the framing of the compositions, which places the painter-spectator as an outsider, a voyeur dishonestly looking at what happens inside the rooms.
In the Invisible series, the relationship with the place we live is translated through the repetition of a decorative pattern that defines both the figure and the room where the woman is dwelling. It prompts a game, where one could read that she feels closely identified with her own place or, on the contrary, is disorientated. Thus, it is inviting us to think about individual expression, fashion or alienation. However, a key trait of these paintings is the fact that these women maintain eye contact with the spectator, which puts them in a different situation than the one found in Neighbours. That is, they are aware of being watched and consequently they do not act spontaneously, rather they pose with chosen objects. Therefore, one could argue that the purpose of the patterns and pets could be to show themselves in a chosen manner as much as a type of disguise, as a means of offering a seductive image as much as protecting their intimate world from the gaze of a stranger.
The last set of paintings in this exhibition is Brooklyn that resumes Didier Lourenços interest in describing a universal face. One of his areas of work during the last decade has been the female countenance that has undergone a progressive synthesis resulting in profiles combining different features. Now, the Brooklyn visages underline the ethnic richness through the breaking down of colour in facets. And not without symbolic meaning, this new inclusion supports the redoing of the overall portrait of the human being.

(Text: based on a text from Helena Batlle) 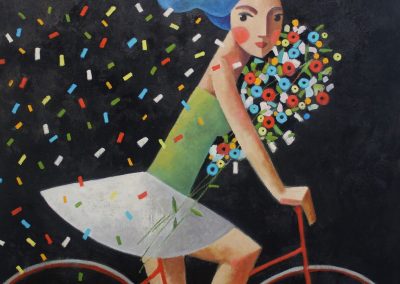 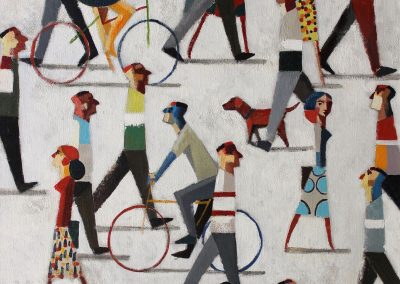 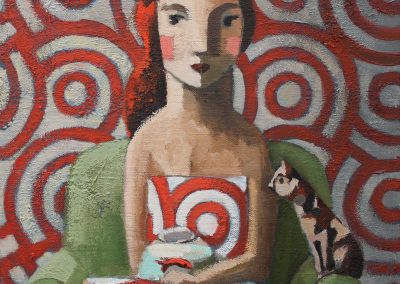 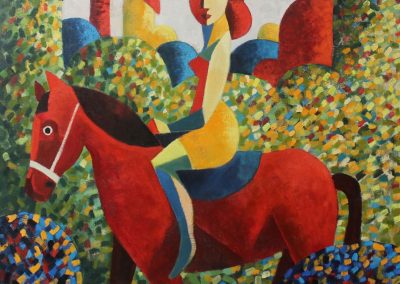 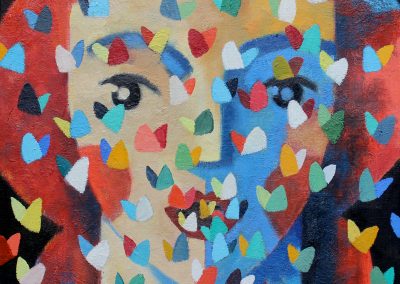 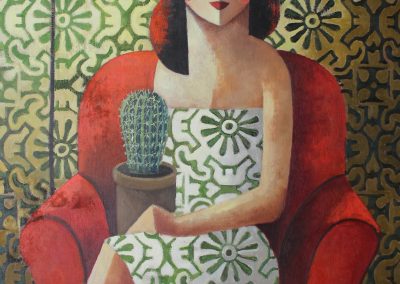 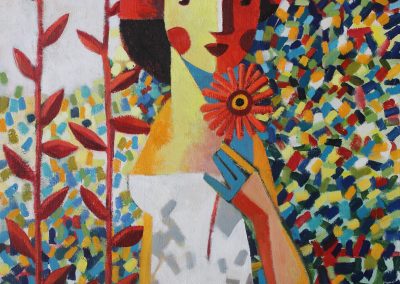 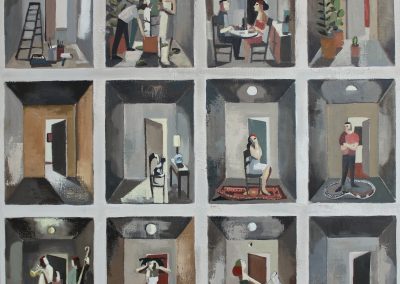 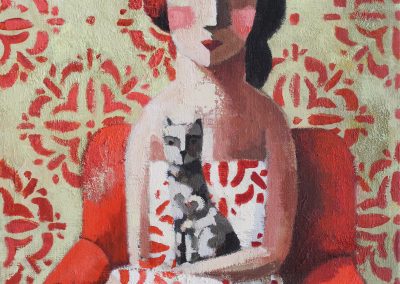 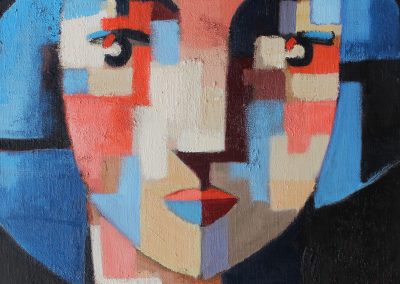 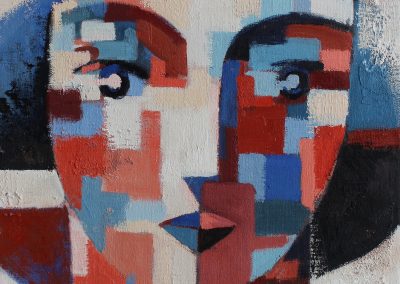 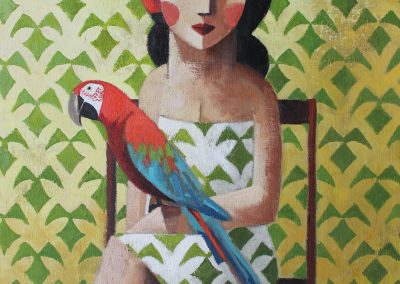 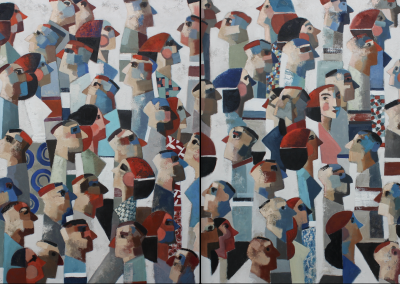 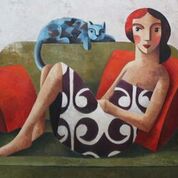 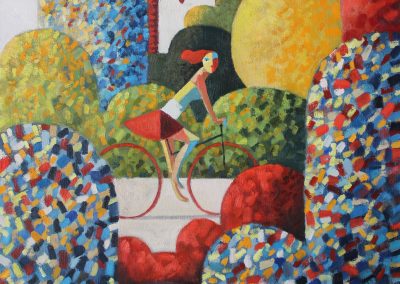